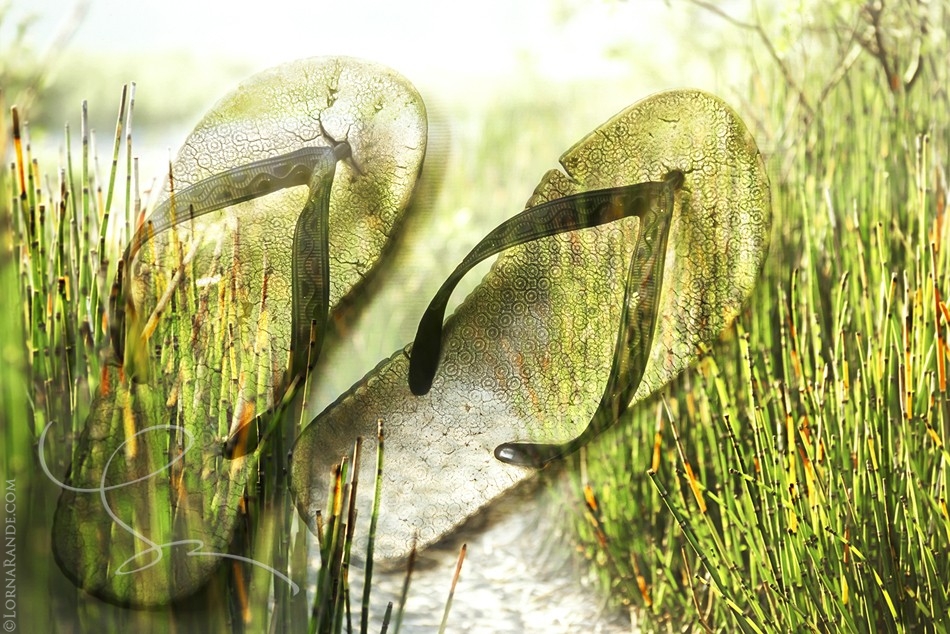 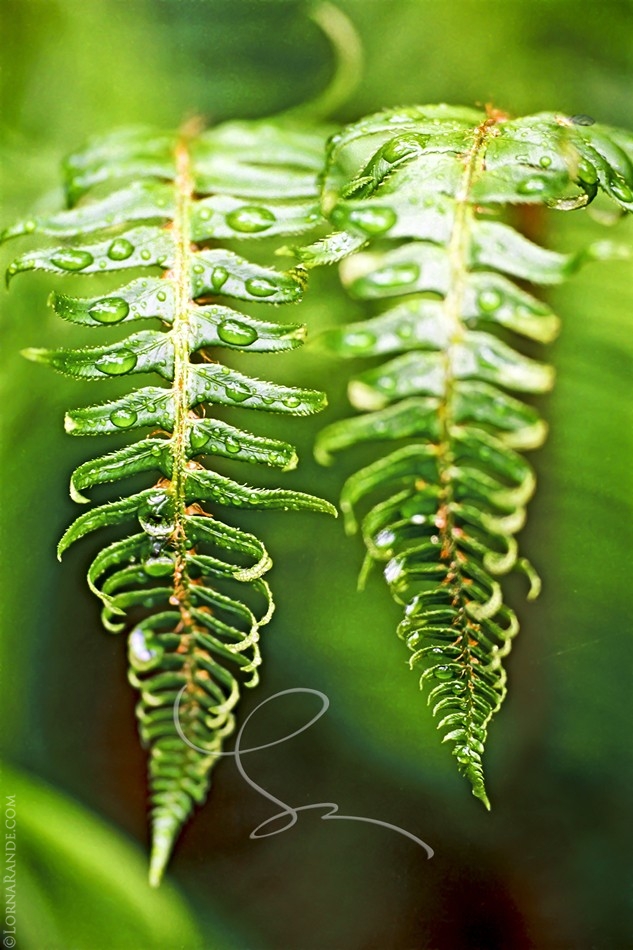 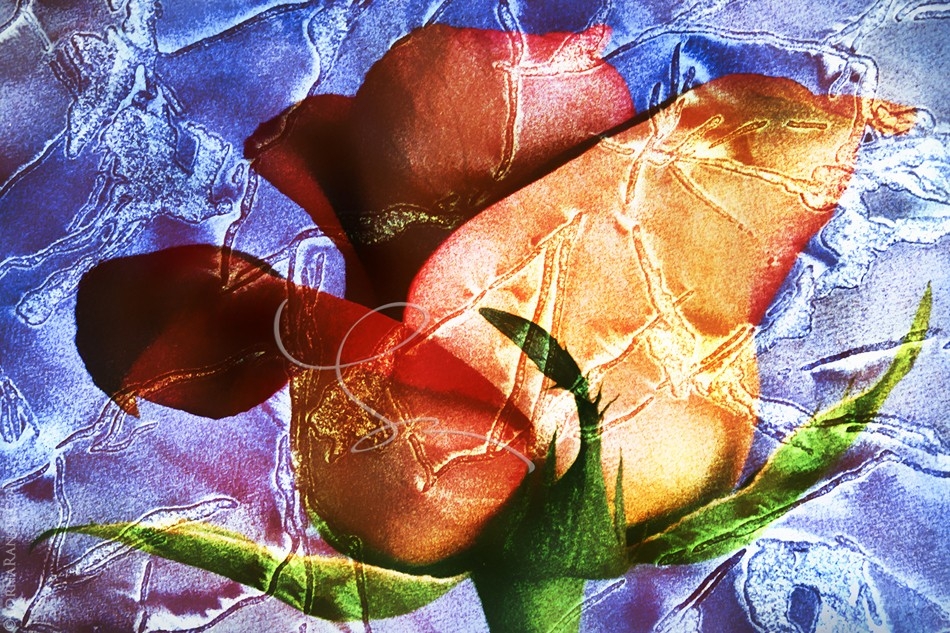 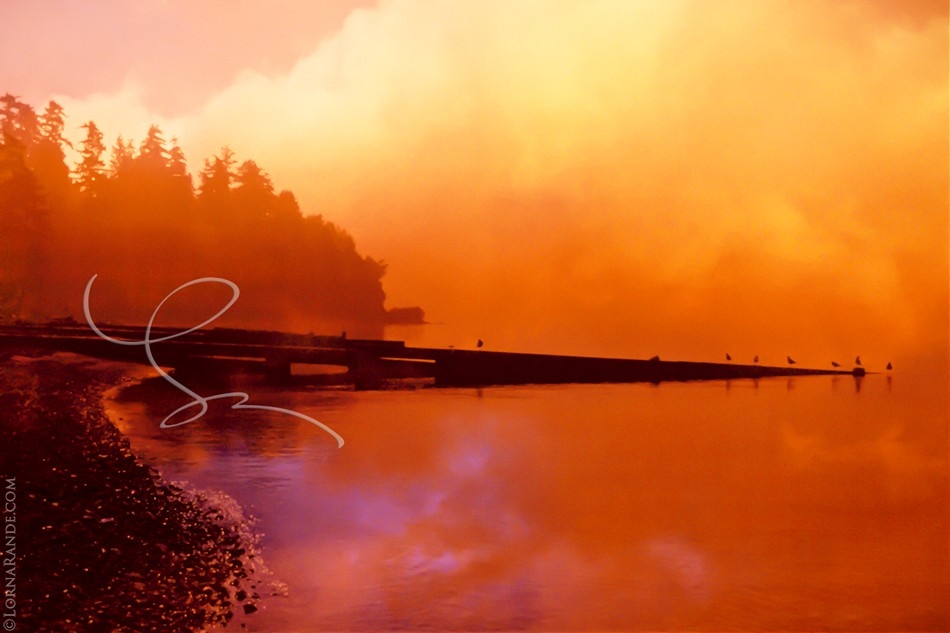 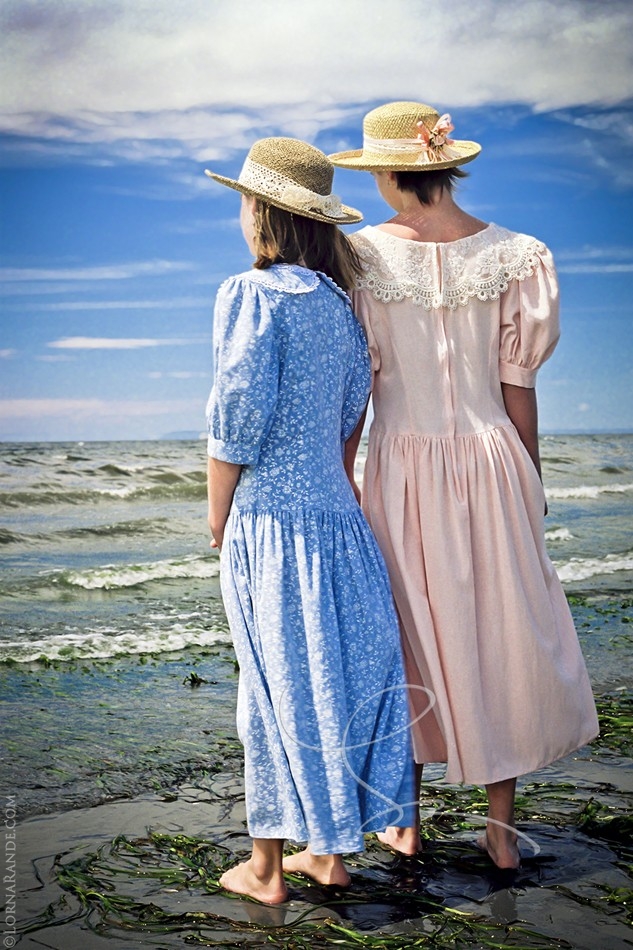 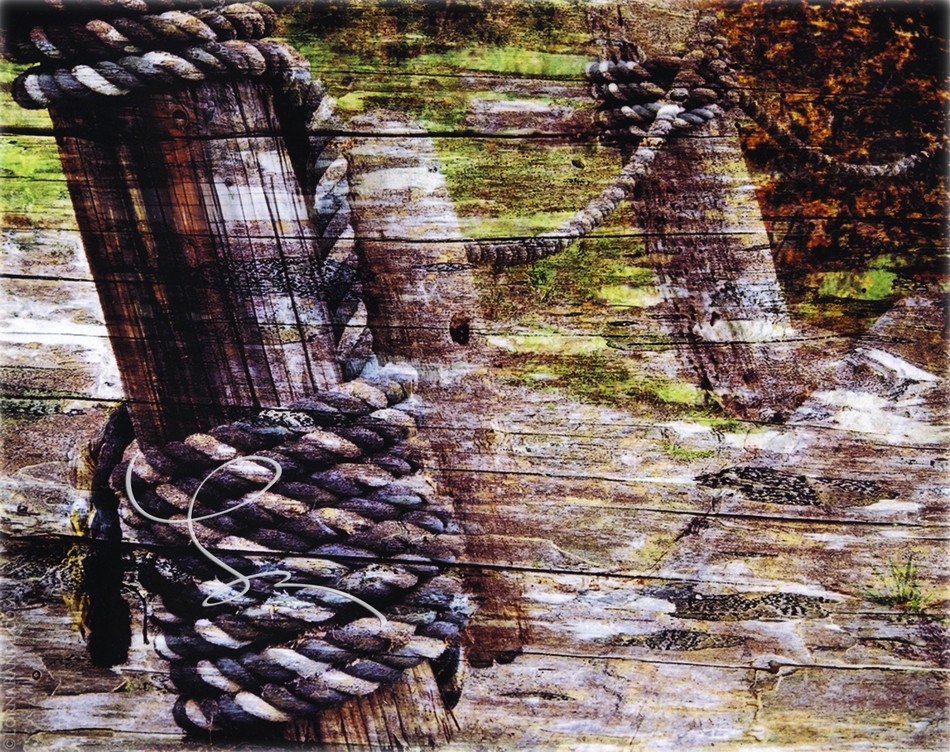 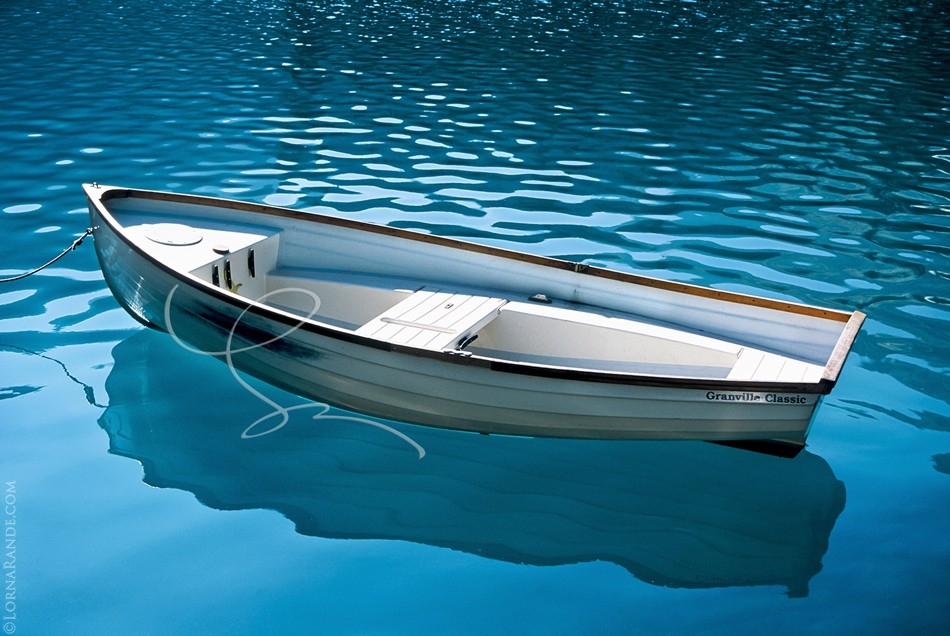 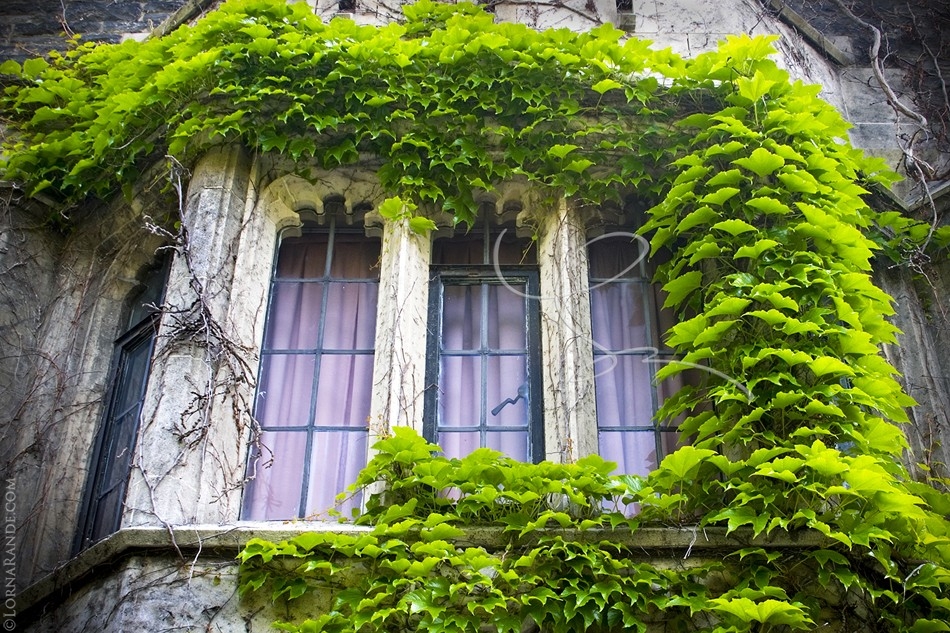 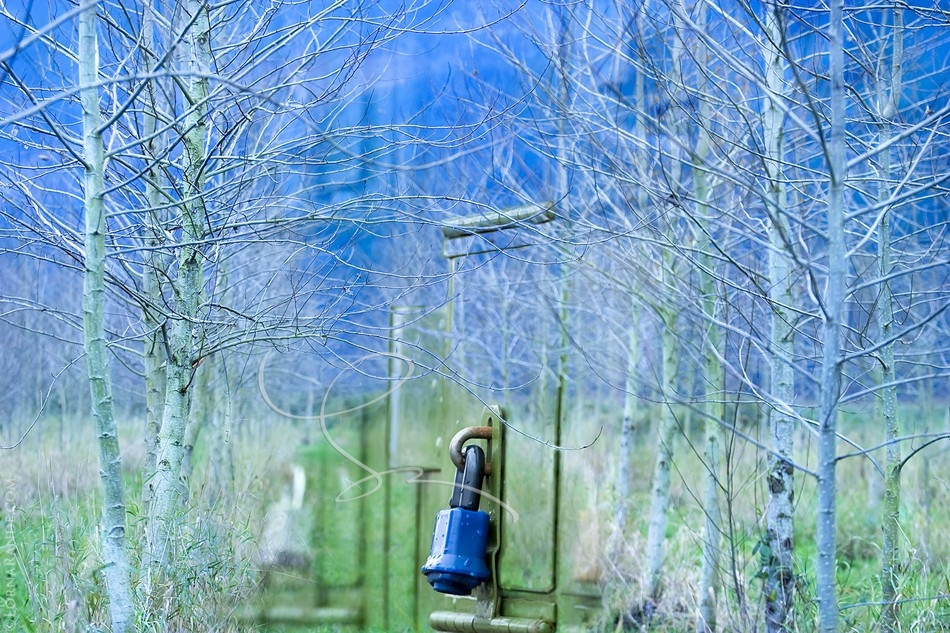 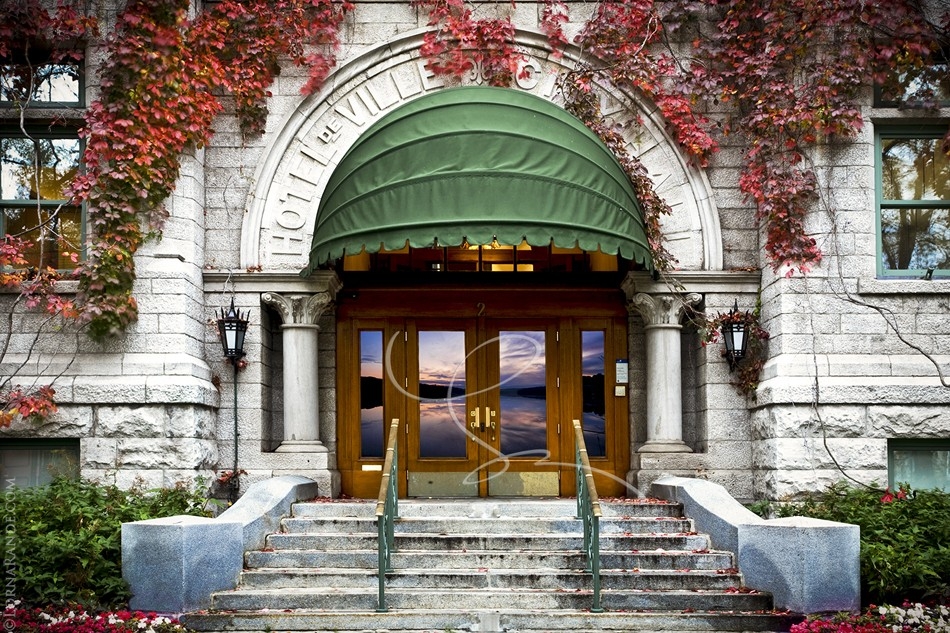 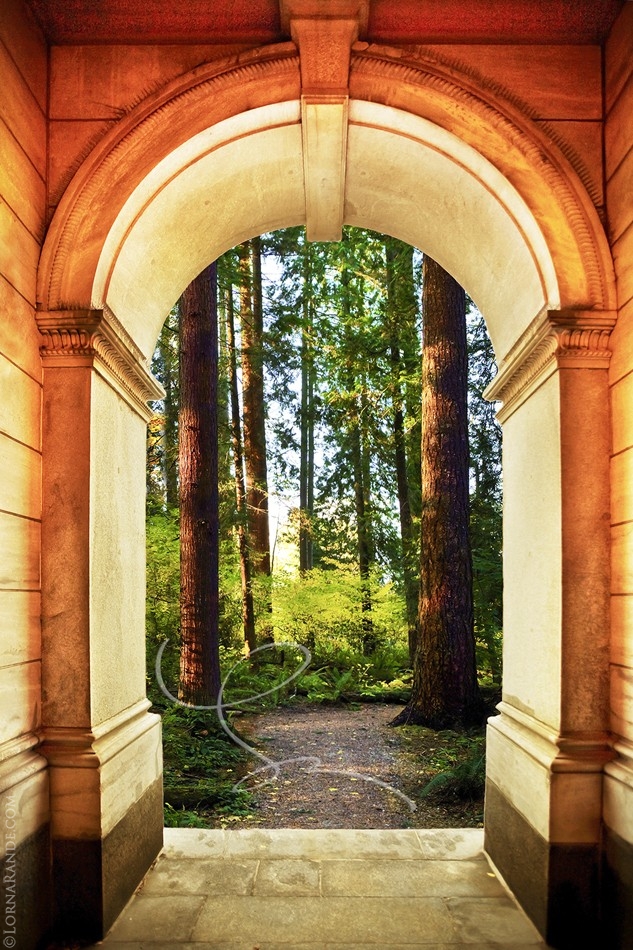 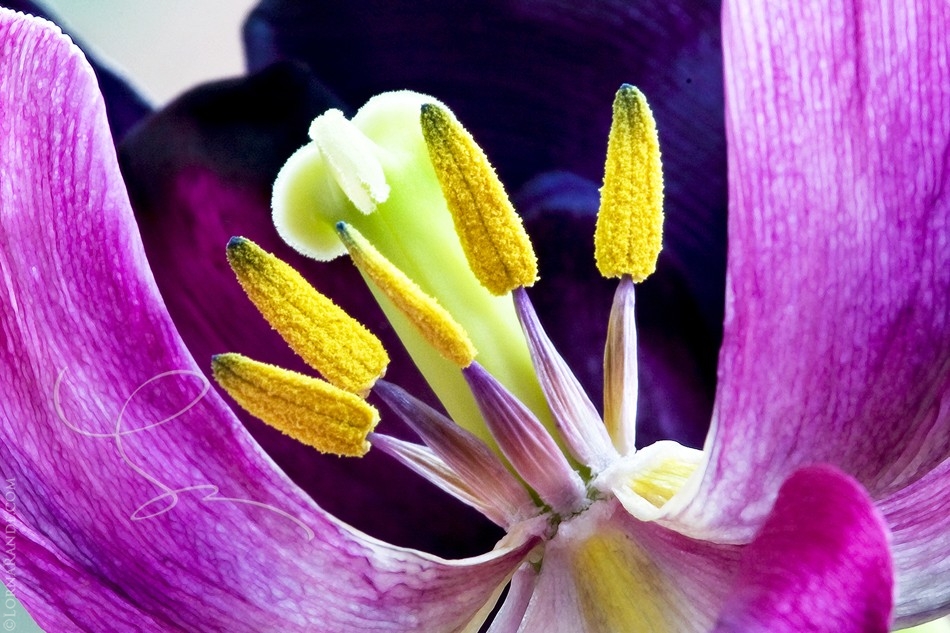 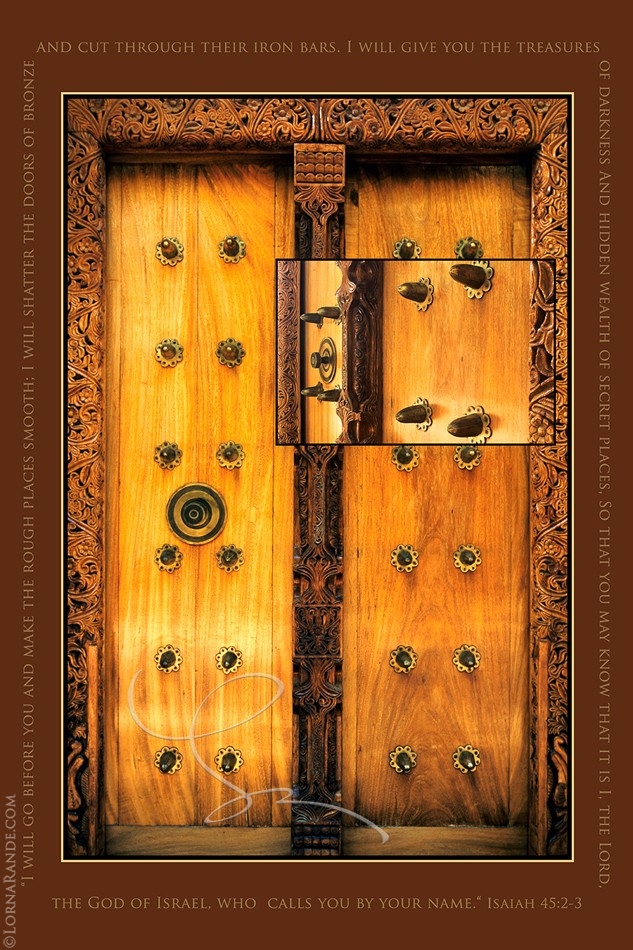 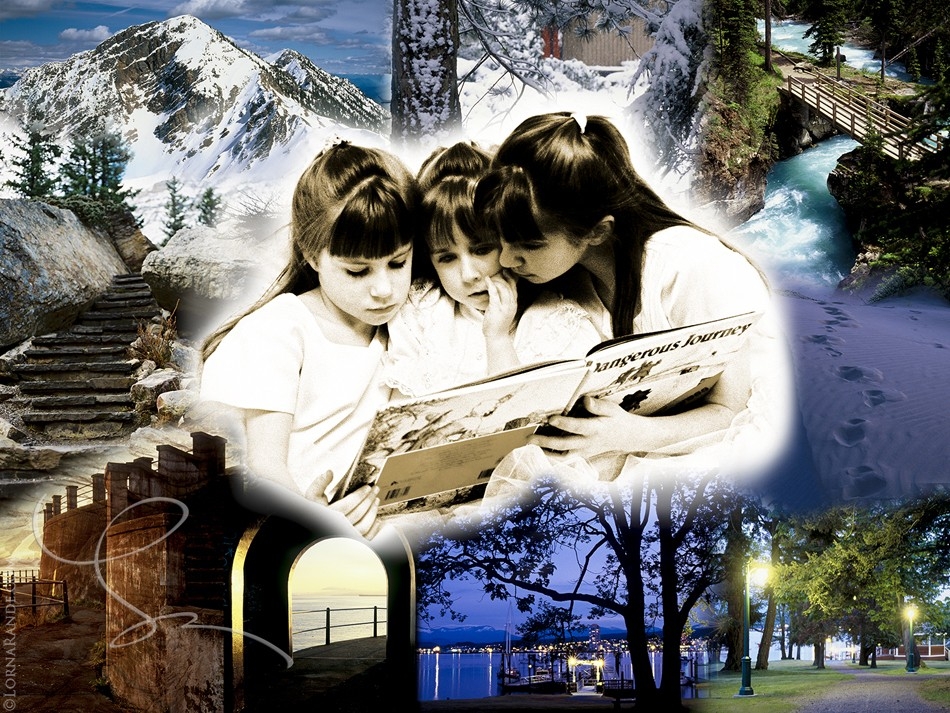 “Walk in the Light” also given the trophy for “Best Commercial Illustration” in 2004,  is comprised of two images together. One, the well worn pair of flip flops of a dear friend, the other, the Scale Bar in Hope, BC populated by hundreds of fishermen during sockeye season, when it was open.

“Fern in Harmony” also given Judges Choice Award, is an image of two fern fronds, weaving together in and out of focus.

“Etched Rose” is comprised of two images, one a rose and the other a slide of a marbled fabric. A positive with the rose negative, made the marbling turn white.

“Apricot Sunset” is comprised of two images. One, is a slide of Crescent Beach, taken in 1980, the other is a slide of a gorgeous apricot sunset taken from Lorna’s back porch. Together, they create a stunning image.

“Standing Together” is an image taken in White Rock, BC in 1998. The one in blue is Lorna’s Daughter, the other a Niece of Lorna’s heart. Both had grown up together and in later life, ended up marrying a pair of brothers! So, now they “stand together” as Sister’s in Law.

“Twilight Water” is an image taken at twilight with a long open shutter making the waves look like mist.

“Beachside” also given “Honorable Mention” in the New Comers Category, is comprised of two images, the one, the posts and rope on a beachside, the second, a close up of one of those posts.

“Ripples and Light” is an image taken of Lake O’Hara, in Yoho National Park. The lake water is glacier fed, so that gorgeous turquoise color is true.

“Ivy Window” is an image taken at the University of Toronto in 2006.

“Waiting” is comprised of two images, one a double row of trees, the other a mailbox with a blue lock. Lorna’s words for this image are; “The bare trees wait for the garment of spring, as the mailbox waits for good news to bring”. We all wait. Lorna’s heart is to hold space for those who wait, with the promise of spring.

“Hotel de Ville” is comprised of two images. The one is the grand old hotel in the walled city of Quebec, QB, the second, the reflection in the windows of the front doors, is the view of Mille Isle near Montreal, QB.

“Quebec Arch” is comprised of two images. The first, a grand archway in the walled city of Quebec, QB, the second, the Green Timbers Forest in Surrey, BC. This image really came out of a conversation with one of the founders of the National House of Prayer in Ottawa in 2009. Lorna admitted she had been wanting to come to Ontario and Quebec, in the fall to capture beauty since 1979. In 2009, when Lorna fulfilled that 30 year dream, Lorna was told that; “many in Quebec would be blessed to know that someone from the west coast, thought it was important to come to capture beauty there”. So, the Quebec Arch was melded, symbolically, with an image of Green Timbers, taken the evening Lorna returned home from her Ontario/Quebec adventure. Canada is a vast grand land, comprised of many nations, peoples, languages, Eco-systems and stunning beauty. May there be space to find the common ground, with respect.

“Dying Splendor” is an image created with awe for the beauty found, even in the waning of life.

“Gateway” is a door found in Puerto Vallarta, Mexica, with an inset of the door detail, from the side.  Lorna had been looking for some time for a door of bronze to go with the scripture around the outside of the image. The original award winning image, had that scripture written in Hebrew.

“Wherever you go~ I AM” is a collage of images created in 2002 after the twin towers were blown up in New York, NY, in “9/11”. In the face of that tragedy, Lorna wanted to create an image to encourage. Beginning at sunrise in the lower left corner with the ocean side of Brockton Point in Stanley Park, Vancouver, BC, up to Moraine Lake, BC, the mountains at Kicking Horse Ski Lodge in Golden, BC, over to a snow covered home in Surrey with a red door, to the bridge in the Marble Canyon of the Kootneys, BC, on the top right, down to the footsteps on Canon Beach, Oregon then down to New Castle Island, BC at Twilight and back to the arch under the lighthouse at Brockton Point, wherever we go, we are not alone! The three girls reading “Dangerous Journey”, are sisters, who are named; Faith, on the left, Hope, on the right and Charity, the youngest sister, in the middle.

It is of note, that “Walk in the Light”, “Twilight Waters” and “Waiting” were all captured when Lorna accompanied her late husband, Rob, on some of his fishing adventures.

or, contact the Gift Shop at the Surrey Art Gallery Association; sagagiftshop@gmail.com