Lorna Rande is the Proprietor and Principal Photographer, Artist, and Graphic Designer for Artistic Imagery® in Vancouver, BC, Canada. Lorna’s passion is to photographically document the beauty she discovers. Lorna stepped into the digital realm in 2006. Since then Lorna has learned graphic design through the many commissioned art projects for Graduations, Weddings, Baby’s Arrival, Dedications, Birthdays, and Retirement. Graphic Design Samples can be seen here.

In 2004 Cameron Seib created a beautiful Documentary/Biographical video for Lorna. Though it was done in 2004, it tells of her journey into photography and capturing beauty in 5 brief segments that total 16 minutes. One; Professional Journey / Two; Style and Works / Three; Passion and Inspiration / Four; Success and High Points / Five; Future Directions. 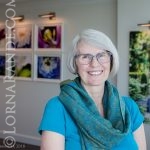 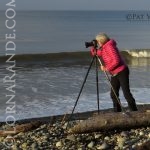 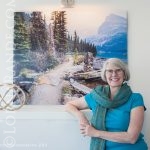 Lorna joined the Professional Photographers of Canada in 2000. During the eleven years of membership, she had 14 images ‘Selected for Exhibition‘ with the PPOC-BC including “Walk in the Light” which won the trophy for ‘Best Commercial Illustration’ in 2004.

Lorna was diagnosed with Acute Lymphoblastic Leukemia, April 12th, 2010. She is a cancer survivor. For those interested in the blog that was begun by ‘3 Loving Daughters’, the link is here:  18 months after Lorna’s last dose of maintenance chemo, her husband; Rob, was diagnosed with terminal cancer at 64. We are grateful he retired 9 months before that. After a 20 month fight, Rob’s suffering ended when he was gathered to glory, January 18th, 2016. Lorna’s passion to capture beauty has increased since then.

Lorna was asked to write a book of encouragement in 2013. “Promises in the Garden” is the result of that request.

Some of Lorna’s graphic designs with imagery and quotes, are also available in French.