I had the rich joy of visiting the town of Field, in August, where there is a great Rande legacy. Field is in the middle of Yoho National Park and is the place where my late husband, Rob Rande spent the first 5 years of his life. Rob’s Nanna; Signe Rande, lived in the same house in Field for 60 years. (1935-1995) Rob’s Grandfather lived there with her, till his death in the 80’s. From the time Rob was 5, when he moved to Squamish, till Rob was 12, he would spend most of every summer with his Nanna and Poppa in Field. The family then moved to Golden, just a short distance to Field where Rob would visit often.

Nanna’s house is now owned by Jason and Jessica. They have renovated and built a beautiful guest suite above their new kitchen, called ‘Edgemount Guesthouse’. (The first image below, where I stayed). It was wonderful waking up in the night and seeing the moon over the mountains as Rob would have seen it as a little boy!

We visited ‘The Velvet Antler’; a pottery shop (in the second photo) showcasing the incredible talent of Catherine and Ryan Cameron, and now their daughter Caitlin, as well! It was delightful talking with Catherine Cameron, who was trained at Yoho National Park by Rob’s Mom; Vesta Rande! Vesta worked for Parks Canada in her later years till she retired in the early 90’s. Katherine told of Vesta’s determination to create great Parks Canada Personnel, by taking the time to give excellent training! Rob lived the legacy of the strong work ethic he was given.

The adventures of hiking from Lake O’Hara into Lake Oesa, on August 30th, will be for another blog! For now, I just want to say, it was good for my heart to be in the place where there is such Rande history! 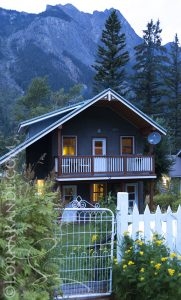 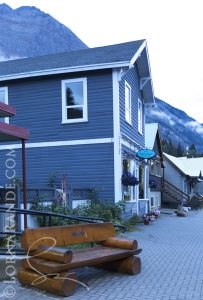 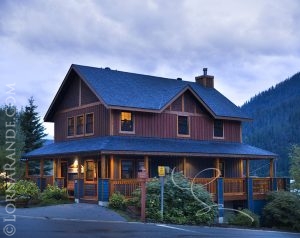 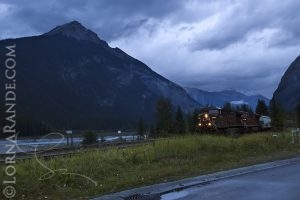 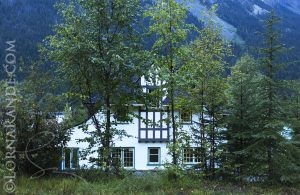